EMFs – What are they and are they safe? 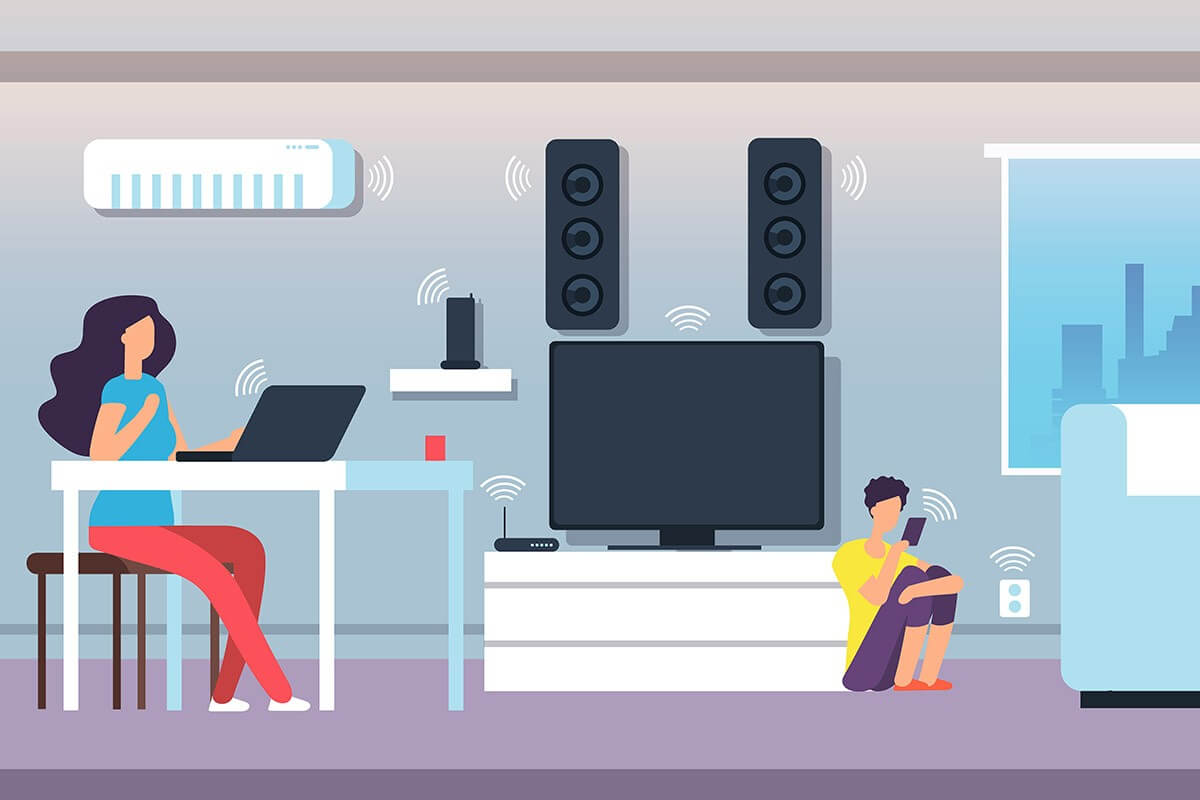 EMF is an electromagnetic field, which is an invisible area of energy, often referred to as radiation. It is associated with the use of electrical power and various forms of natural and man-made lighting. Our cell phones, cell towers, Bluetooth devices, microwaves, Wi-Fi routers, computers, smart meters, power lines, and many household appliances all send out an invisible stream of energy. We are practically bathed in EMFs at all times!

There is a lot of research being done as to whether or not EMFs are dangerous. Most of the research points to the fact that they may be carcinogenic to humans as well as cause cardiovascular disease and infections. Exposure has also been shown to decimate mitochondrial function, cause severe cellular damage, accelerate the aging process and put you at a higher risk for many chronic diseases. At the very least, caution is warranted.

Although cell phones have been around since the 1980s, cell phone only households are now the norm. People are using their cell phones continuously and starting at even younger ages (children have a thinner skull and ears so they are basically holding the phone closer to their brain). When you hold a cell phone to your ear you are essentially holding a two-way, microwave-radiating device next to your brain! Some things you can do to minimize your risk include:

These appliances are typically designed so that the microwaves are only produced when the oven is on and the door is shut. However, older models could seep. It is good practice to walk away from the microwave when it is on, just to be safe. Better yet, replace it with a steam convection oven which will heat your food just as quickly.

Studies have shown that Wi-Fi can contribute to a person’s toxic body burden. Shut it off when not in use, especially at night. You can hard wire your home so the Wi-Fi can be turned off at all times.

Connect your desktop to the internet via a wired connection. Put in airplane mode or turn off when not in use. Never use your computer on your lap when it is connected to a power source. Avoid wireless keyboards, trackballs, mice, game systems and printers. Always opt for wired versions.

Earthing is making direct contact with the earth, putting you in contact with electrons found on the surface of the earth. Take a walk on the beach or in the grass of your yard or nearby park. Researchers have found that this results in significant reductions in the voltage in the body.

According to some scientists, EMFs can affect your body’s nervous system function and cause damage to cells. Cancer and unusual growths may be a symptom of very high EMF exposure. Other symptoms may include:

The bottom line is EMFs occur naturally and also come from manmade sources. Be aware that they exist and be smart about exposure through x-rays and the sun. Follow guidelines for eliminating them in your home and eat a healthy, healing diet. We really don’t know enough about how these EMFs impact the human body. Pay attention to future research as more information will surely be revealed.

Is there something you can do about it?

We understand that sometimes you might not able to stay away from devices that emit EMFs so what can you do? You can protect yourself! We recommend the PURELIFE – UNS PERSONAL EMF NEUTRALIZER

How does it work?

By using the EMF Neutralizer you can significantly help offset and neutralize the negative effects of damaging environmental magnetic fields. Utilize a personal UNS Neutralizer multiple times daily to protect yourself. The Neutralizer actively broadcasts an 8 Hz signal that effectively neutralizes harmful EMF signals. Its bio field interaction promotes regulation of biochemical, cellular and neurological processes through low frequency healthy electromagnetic fields utilizing an active radiant source. The UNS Neutralizer provides you with a portable disruptive field for EMF protection for you and your family.

Back to Blog Page